As we already mentioned it, we have started the work to support the Nexus S on Replicant. We are now releasing preview images, the first set for the Nexus S! You can now download the preview images: replicant-2.3 for crespo.

This images includes the ipc-modemctrl tool (from libsamsung-ipc) that implements minimal telephony support. Please test this tool and give us feedback: http://trac.osuosl.org/trac/replicant/wiki/libsamsung-ipc.

Here is a list of what’s not ready yet in this preview image (but may be done in the future):

Here’s a list of what doesn’t work in Replicant and is probably not going to be achieved:

We are indeed not including any non-free firmware (100% free is our goal) and are not going to provide any free replacement for these as we are not skilled to write such replacement. Though, the kernel we use won’t prevent loading these firmwares if in place.

We also thought of porting u-boot to the Nexus S in order to have a free bootloader replacement but it’s apparently not possible as primary bootloader (perhaps possible chainloaded).

Anyway, we made a video of Replicant 2.3 running on the Nexus S:

And also made a gallery of Screenshots showing Replicant on the Nexus S: 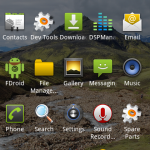 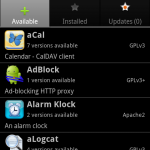 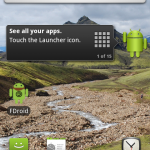 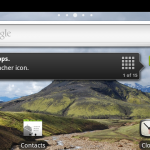 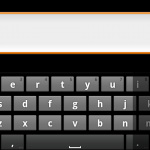 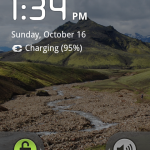 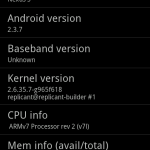 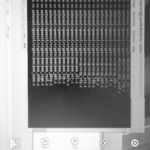 We are pleased to announce that Replicant 2.3 images are now available for the Nexus One!

This new Replicant version is based on the latest CyanogenMod stable release, 7.1.0, that is based on Android 2.3.7 and contains, as usual, only free software.

Nexus One status under Replicant 2.3 should be the same as Replicant 2.2: what was working with FroYo should still work in Gingerbread.

Even though Nexus One is supported in Replicant, it doesn’t mean it’s a device we can totally recommend for freedom: